Just in time for Halloween, The Exorcist is at Milton Keynes Theatre this week.

Best known as an iconic seventies horror movie which itself has become the stuff of urban legend, this new stage version is based on the original novel from 1971 by William Peter Blatty which took its inspiration from the true story of an exorcism performed in 1949 in Maryland. 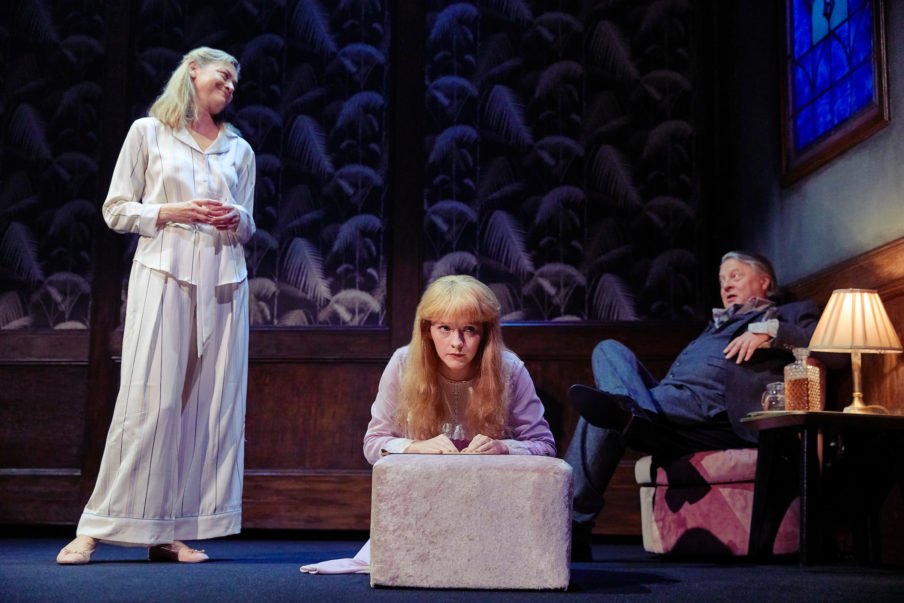 The story follows single Mum Chris MacNeil (Sophie Ward) as her 12 year old daughter Regan (Susannah Edgley) begins acting strangely after finding a ouija board in the loft. Chris calls the doctor but he can’t help and leaves with a bad case of tinitus so she turns to local priest Father Damien (Ben Caplan) for help but he’s dealing with his own demons… 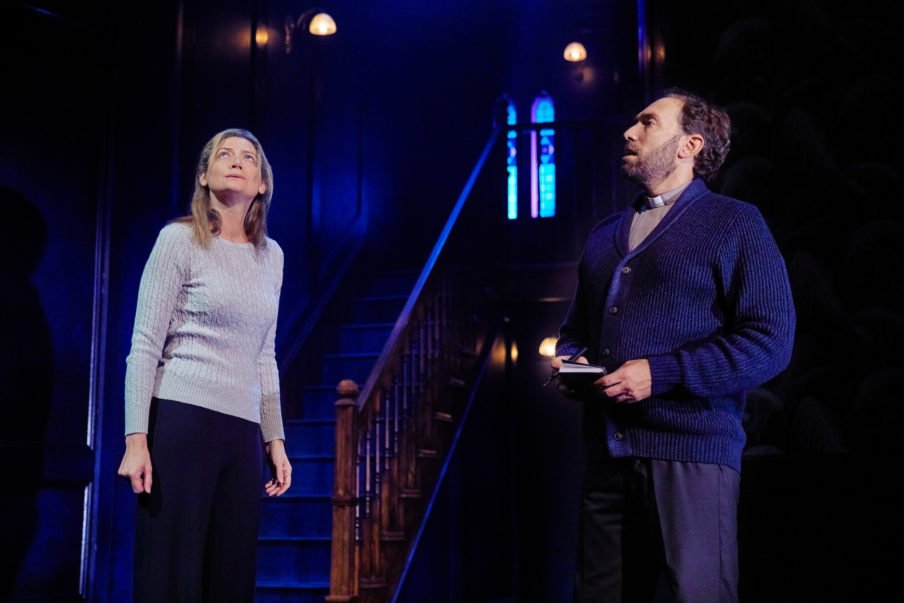 At the time of the movie’s release, it was widely considered the scariest film ever with reports of audiences passing out and throwing up in the cinema. 45 years on, it’s still got the power to shock with some scenes which are genuinely disturbing and there are certainly plenty of moments which will make you jump. Watching it, you’ll have a sense of anxiety as you don’t know what’s going to happen next and you know it’s not going to be nice, but it’s not ‘scary’ in the same way as some modern horror movies.

Instead, it’s a show which is very unsettling as you watch the central character’s dramatic deterioration from a sweet child to giving the very convincing appearance of actually being the devil. 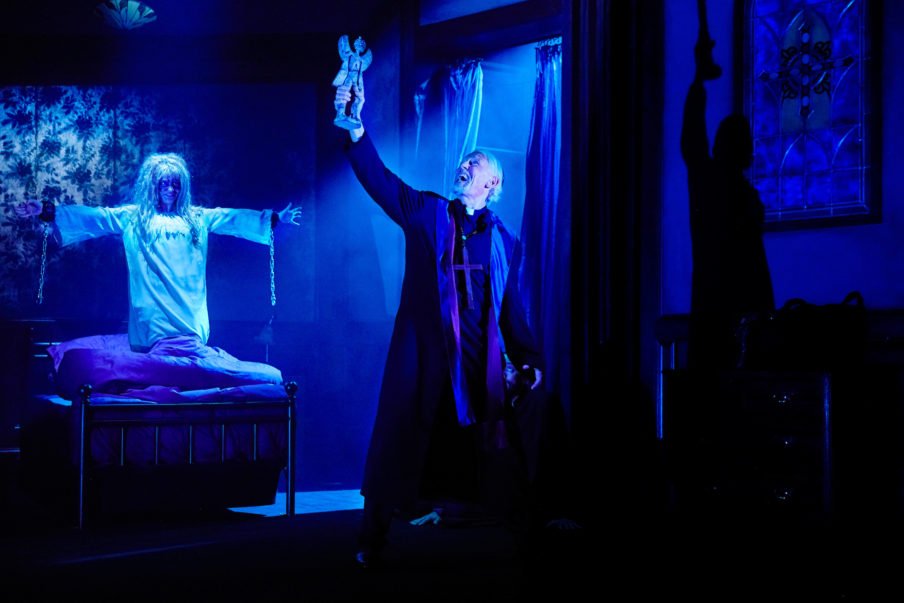 There are some very strong performances from Sophie Ward as Mum Chris and eighties TV star Paul Nicholas as Father Merrin alongside Ben Caplan as Father Damian Karras but Susannah Edgeley is outstanding as Regan in what must be a very challenging role, both technically and as an actor. She is absolutely convincing and very creepy in the role. The voice of the demon is provided by Sir Ian McKellen which is quite a coup for the show, but unfortunately his voice is so recognisable it’s quite distracting. 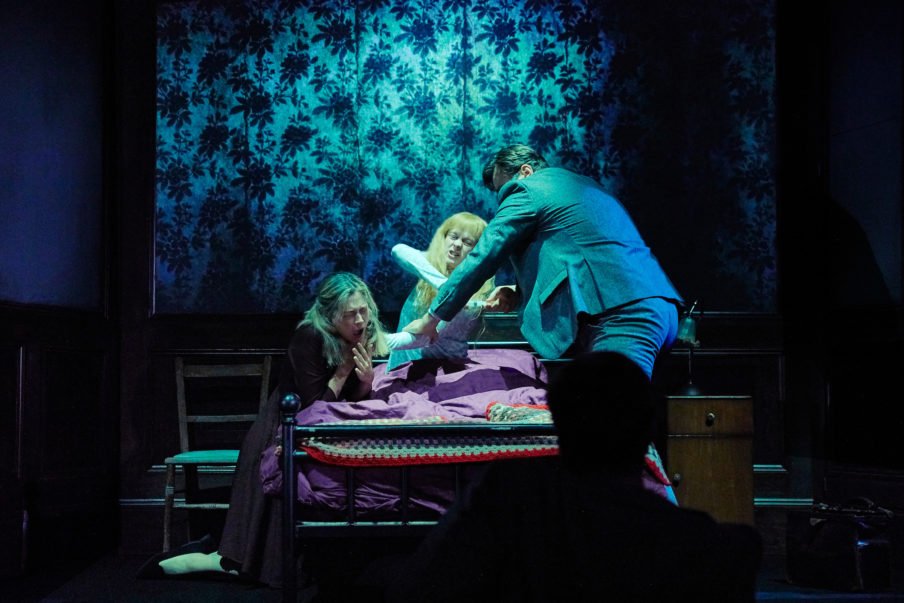 The staging of this show is phenomenal with very eerie sound, lighting and visual effects combining to create an unsettling and uncomfortable mood. Before the show has even started there is a creepy mix of chanting, weird music and whispering sounds as lights flicker on the stage and shadows move around. Then as the show gets going there are sudden noises, flashes of bright light and some very scary sounds which will really test your nerves.

This is an experience rather than just a show and will be unlike anything else you’ll see at the theatre and genuinely unforgettable.