Its safe to say Man City fans have had better Valentine’s Days.

It came through around dinnertime on February 14th that UEFA have finished an investigation into attempts by Manchester City to circumvent Financial Fair Play (FFP) rules and have handed down a big punishment.

A two year ban from UEFA competitions for Manchester City is a huge result, backed up by a 30 million Euro fine, and one that indicates that European football’s governing body has the teeth to back up its FFP rules.

It is safe to say Manchester City aren’t taking it lightly. The club has decried the disciplinary process, with one particularly angry missive calling the investigation flawed and decrying it as initiated, judged and prosecuted by a body it perceives as biased against it.

The case is now set for a trip to the Court of Arbitration for Sport, where it is likely to be subject to a lot of to-and-fro between high-powered, high-paid lawyers working for club and federation.

To some extent, this has been a moment coming. To understand the context, the battle between club and competitive regulator has been playing continually in the background for years. At the end of the 2013-14 season, Manchester City were fined millions and given a UEFA competition squad limit for FFP breaches.

It is safe to say the club’s road to that point has been expensive. It is estimated over £1bn over investment was made into club and local area in the first decade after the club was first brought by Sheikh Mansour in August 2008, with the 2010-11 season being particularly notable for an operating loss of nearly £200million – the single biggest in football history.

Seeing as Mansour has the wealth of Abu Dhabi in his favour, Man City could survive this. But FFP came through at a time of questionable sustainability in football. Indeed, the 2000’s were bookended in football with financial strife, with the decade starting with Leeds United and ITV Digital, and ending with financially troubled clubs in multiple countries coinciding with the Great Recession.

Some have argued FFP is as much about locking in the hierarchy of Europe’s footballing elite. To catch up, Manchester City had to spend big, with the FFP investigation concluding part of the issue was sponsorship.

Key sponsors at Manchester City have included Etihad Airways, telecom firm Etisalat, investment firm Aabar and the Abu Dhabi Tourist Board – all of whom are Abu Dhabi based with connections to Mansour, who is a big wig in the United Arab Emirates government alongside businessman Khaldoon al-Mubarak, who works as City chairman.

Manchester City were one of a few clubs prosecuted in 2014, but their fine was ultimately reduced.

It looked as though they got a hold on their finances, and the case had gone away until November 2018, and at this point, German news magazine Der Spiegel came into the picture.

Using data obtained by a Portuguese hacker operating under the name Football Leaks, the magazine ran articles suggesting that, among other things, Manchester City’s FFP breaches were more severe than thought and the club had an active operation to cook the books and disguise owner investment as commercial sponsorship – particularly with regard to the club’s stadium and shirt sponsors Etihad. 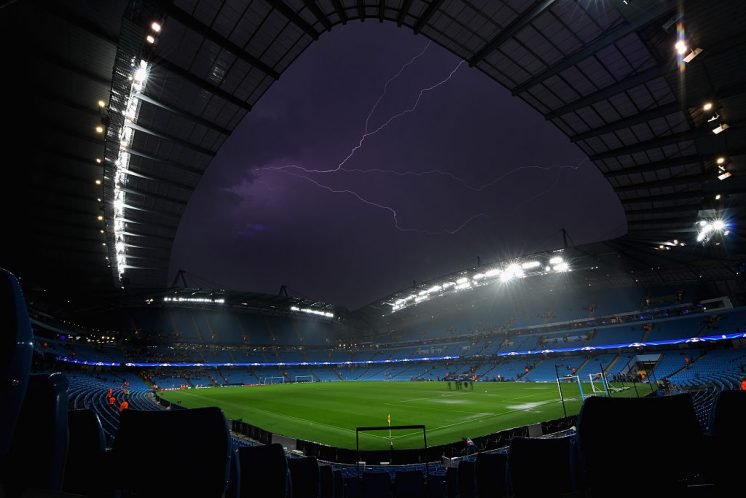 Manchester City were not the only body implicated. Similar allegations surfaced around sponsorship deals for the Qatar-owned Paris Saint Germain, and around UEFA’s management of their initial charges against the two clubs.

But it was Man City in particular who got investigated, if mainly for the charges of perceived deception. The case has been rumbling in the background, with a team set up by UEFA to investigate that regularly got a slagging off by Man City. This was particularly noted last year, when a pre-emptive appeal to the Court of Arbitration for Sport to stop the case failed.

With the verdict now in and a side that has won the last 2 Premier League titles with nearly 200 points in the bank banned from Europe’s elite level, this may also set off further consequences.

Manchester City manager Pep Guardiola is a man with plenty of admirers who was already reportedly considering leaving the club, while the playing squad is loaded with superstars that will want to play in the Champions League, many of whom are on contracts that expire in the next 3 years.

Then there’s the reputation question. Manchester City is the heart of a global football empire. The City Football Group receives investment from China and the USA as part of a group that owns the English giants along with clubs in Australia and the US, plus stakes in several other clubs. City themselves are now seen as a more financially sane club, although the UEFA money was a big part of this and it may cause a big financial hole.

There is talk of the Premier League potentially deducting points pending its own investigation. Some people want a similar penalty to rugby side Saracens, who have been thrown out of the Premiership for regularly breaking the sport’s salary cap, although this feels unlikely.

But the question also goes beyond Manchester City. In the last few years, it has increasingly felt like the biggest clubs in European football have been at war with their sport’s governing bodies to try and lock in their advantage.

City, along with the rest of the Premier League’s top six, successfully used their prestige to leverage an increase in their TV money from domestic leagues under the threat of a Super League – something that has been threatened by Europe’s top clubs for several years.

This is something that UEFA has been grappling with. A closed shop Super League supplanting the Champions League run by and for the clubs would not be great for UEFA, and this threat hangs over renegotiations currently going on over the format and prize money distribution of the Champions League, which is due to be changed from 2024. 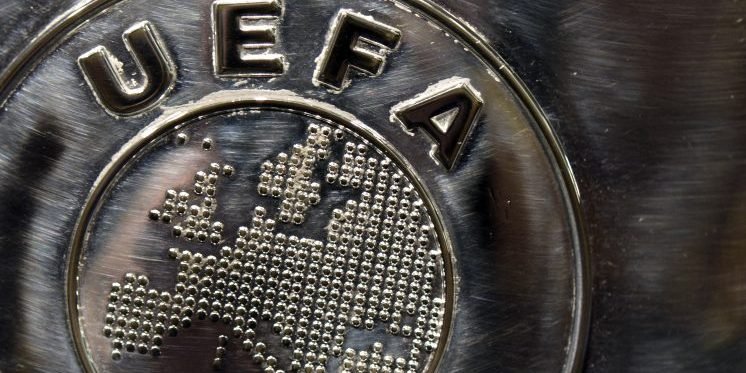 City has had contempt for UEFA in the past. The Champions League anthem is regularly booed before games since the FFP rulings, while the contempt is perhaps best summed up by a leaked comment from the club’s lawyer suggesting al-Mubarak told him to spend money on hiring the world’s best lawyers to spend 10 years suing UEFA.

The club don’t have the best deal of friendship at top level – a collaboration between UAE oil money trying to gatecrash the elite with Barcelona’s success-hungry former bigwigs, who created the structure in which to place Guardiola and allow him to spend hundreds of millions to build a team to his desire. Indeed, the La Liga President was quick to voice his approval of Man City’s ban.

But UEFA’s reputation had been of late that they weren’t willing to rock the boat that may disrupt the success story that is the Champions League. That is clearly no longer the case, at a time when European football’s premier club competition is potentially being redrawn and when the big clubs are more powerful than before but still want more.

The CAS ruling will therefore make interesting reading. Either it upholds UEFA’s call, proving FFP and regulator have teeth, or it sides with Manchester City, and at risk of undermining UEFA’s ability to police or officiate things.

How this play out is going to be interesting, both as an isolated case and what it means for European football as a whole. But its faintly clear that in one fell swoop, the game has changed without the players knowing what the consequences may be.