As has been the case for a lot of life in 2020, MK Dons had to move their End of Season Awards do online.

Having held it in the ballroom next to the Club Red section at stadium mk for players, staff, guests and paying fans, this year the awards were reduced to a video meeting broadcast on MKFM in order to ensure social distancing compliance, seeing as we’re still not at the point of easing lockdown where a big gathering in a ballroom can happen.

The net result saw a successful defence of the Player of the Year prize by midfielder Alex Gilbey. The former Wigan man picked up the title in the Dons’ promotion from League 2 last season, and for the partial 2019/20 season that didn’t get beyond early March, he will take the prize once more.

Gilbey is the 13th unique winner of the prize, dating back to the formation of MK Dons in 2004, not including the 2017-18 season, where the top prize was not given following that season’s disaster. So who else got their hands on the big prize, and what are they now up to?

The captain in MK Dons’ first season would take the honours in the debut year. However it would then be more difficult with an injury-hit 2005/06 season followed by transfer listing by Martin Allen and a loan at Gillingham. He would then turn out for Tranmere, Leyton Orient, Stevenage, Portsmouth and Bromley. Chorley remains in football, with a position as head of scouting at Swindon Town. 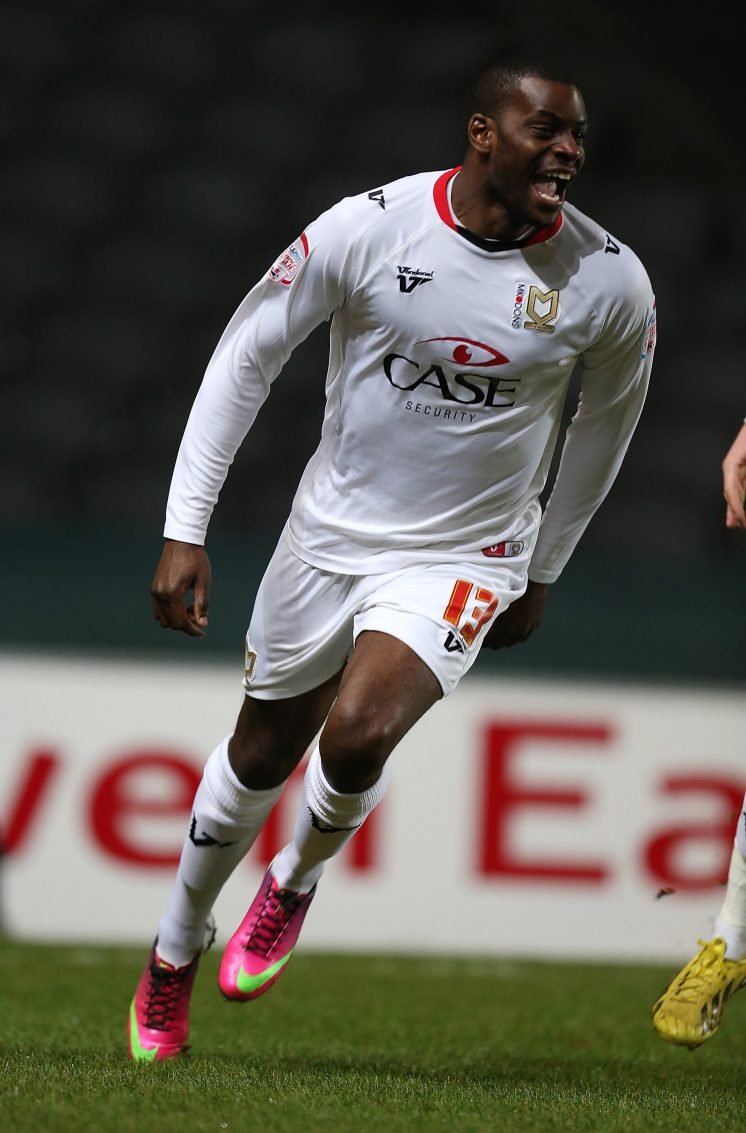 Remarkably, this is the one campaign where the Dons’ top scorer in their post-04 history won the big prize. McLeod scored 71 goals over 2 spells at the club, having a highly productive 3 year first stint with over 50 league goals. He later returned for a second 18 month spell after time at Charlton, Barnet and Portsmouth, and after a few single season spells here & there with the likes of Crawley, Notts County and Wrexham, he retired in 2017. McLeod has since taken up a role with MK Dons as a Business Sales Executive and latterly as an U18s coach, and he was also a regular on radio commentary last season, though he came out of retirement to play for non-league Kempston Rovers over the last 2 seasons.

A promising partnership between McLeod and Platt saw the two fire the goals (18 for Platt) in a promotion charge for the club in the final season at the National Hockey Stadium. He would move to then-Championship side Colchester for their club record fee and spent 3 years there before stints at Coventry, Northampton and Bury. He now works for sports agency USM as a financial intermediary.

The captain of the Dons in 2007-08 had a break-out year as part of the League 2 and EFL Trophy double winners in the first season at stadium:mk. Under the guidance of Paul Ince, he would score 12 league goals, and be named the division’s Player of the Year in recognition of a fine season. Ince would take him to the Premier League with Blackburn, while he would later have more top-flight experience at West Brom, and he also earned 35 Irish national team caps. He would retire after a spell back at MK Dons in 2015, and now works as a coach for the Irish national team and as a pundit.

The big striker was in his 4th season at MK Dons when he won the honours, as part of a Dons side who reached the League One play-offs. The striker would later have the distinction of scoring in all 4 professional leagues, after a strike for Norwich in the Premier League in 2011/12. He was even still playing in 2020, following stints at Crystal Palace and Bolton with 2 years turning out for the Dons’ League One contemporaries Rochdale. Indeed, the now 40-year old striker scored in an FA Cup tie against Newcastle in January. 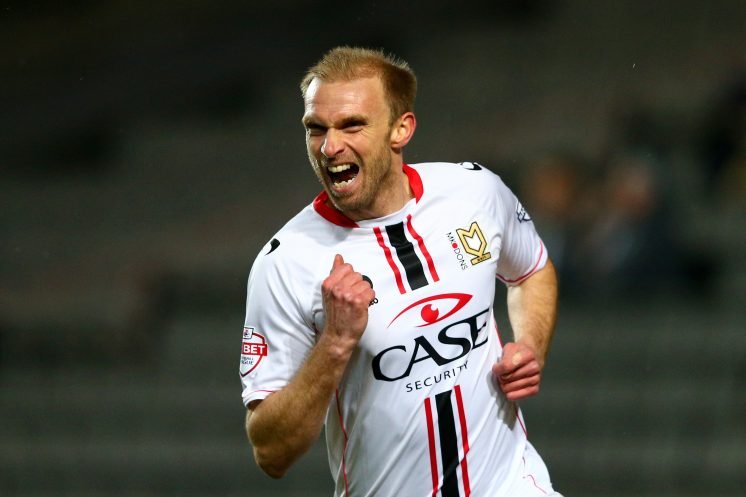 Manchester United academy graduate Chadwick was the first repeat winner of this award, having returned to MK Dons in 2009 a few months after initially impressing on loan with the club from Norwich. He would make close to 250 appearances across 6 seasons with MK Dons in all competitions, establishing himself as a key men under 3 separate managers. He would leave in 2014 to play for his boyhood club Cambridge United and later local side Soham Town Rangers. He now works as a coach for the Football Fun Factory, though he recently made news over how jokes on the comedy show They Think Its All Over about his looks impacted his mental health, for which he received an apology from the shows’ presenters.

Liverpool academy graduate Potter had been involved in the club’s famed 2005 Champions League winning campaign after making 3 sub appearances over the run, before later arriving at MK Dons in 2011 after his Sheffield Wednesday contract wasn’t renewed. He would be a first time winner of the Player of the Year award and would cement a spot in central midfield that would largely be his until he left in 2017. After a spell with Rotherham, he now plays for Tranmere Rovers

Williams would be something of a successful tactical adaptation as well as proving well at adapting to English football. Having impressed in his native Ireland as a central midfielder, he ended largely playing either as centre-back or defensively-minded midfielder for MK Dons, and suitably impressed to take the Player of the Year and Player’s Player of the Year gongs in 2013. He left in January 2014 for Millwall, with the player confirming this year he turned down Brighton in the process. He is still a regular for the South Londoners in the Championship and has played for the Irish national side.

Reeves impressed enough in his opening season in Dons colours to earn the big prize on his first go. He would later notably grab assists in the famous 4-0 win over Manchester United at the start of a season that saw him play regularly in the promotion-winning team of 2014-15. Reeves left in 2017 to join Charlton, before rejoining for this season. The club have recently confirmed his contract will not be renewed.

Arriving in late September 2014 and less than a month after he was let go by Coventry City, Baker would prove to be something of a revelation. He would play across the 3 behind a lone striker as part of a Dons team that scored over 100 goals on their way to the Championship, and he would also be a regular in the second tier. He was last seen playing for National League North outfit Brackley Town, and has also done work for his academy project. 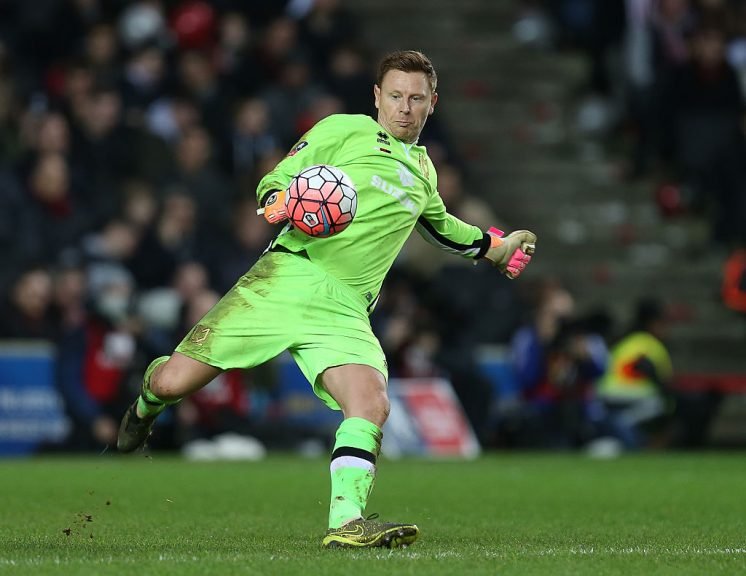 Martin’s second spell at MK Dons would quickly see himself established as number 1. The goalkeeper had left MK for Liverpool in 2006 but had failed to break through, although he impressed on loan with a then-League One Leicester in 2008-09. Martin would be the main custodian at MK1 until leaving in 2017, when he joined fellow former Dons POTY Shaun Williams at Millwall. He made a surprise move to their London neighbours West Ham in 2019, making 5 Premier League appearances this season.

Full-back Williams had something of an unorthodox journey from the MK Dons academy to the first team, getting released in 2012 before re-joining 4 years later after impressing at Barnsley. His return would see him play across the defence and show off the versatility that has been a feature of his spell. Williams remains a regular at MK Dons, making 34 appearances in all competitions in the truncated 2019-20 season.