Chances are you really don’t need another article reminding you how different 2020 has been.

On the one hand, 2020 fits in with the chaotic start to the 21st century. So far, the century has featured a rise in religious terrorism, economic meltdown, and global political upheaval. But 2020 by itself may well get its own pages in the history books, having started chaotically and never really stopped.

Its easy to forget now that January 2020 itself was a weirdly eventful time in and of itself yet in a hugely different way to how it ended.

In the opening month, the USA came close to starting a war with Iran after killing a leading military general, Donald Trump successfully dodged impeachment after an aggressively partisan US Senate trial, Australia was on fire, Harry and Meghan bailed on the Crown and Brexit legally happened.

At that point, the expectation was that 2020 would just be a continuation of the hyperactive dramatic news culture of the 2010s, with the likely end point of this continual mayhem being November’s US Presidential election.

But we didn’t even have to wait for November for everything to get messy. March 2020 was the centrepiece of the nightmare, though everything had begun to deteriorate before then.

We may never fully know when coronavirus first crossed into humans or when it first escaped China, given there is talk it may’ve been present in Italy in September 2019 and Spanish researchers think it could’ve first arrived there earlier that year.

But the story as played out in real time is well known. The World Health Organisation noted a huge public outbreak of viral pneumonia in the city of Wuhan in China in December 2019, initially being blamed on seafood markets and quickly leading to the shutdown of the city and later vast areas of the nation during January.

But it was clear by mid-February that wasn’t enough. Cases began to rise across China’s neighbouring countries, and by early March, major outbreaks appeared beyond East Asia, with Iran, Italy and Spain hit particularly hard.

The confusion and chaos in March in the UK was palpable, starting with toilet paper and long-life goods hoarding, followed by the shutdown of all sports leagues, hospitality and art venues and offices, and eventually an order from Prime Minister Boris Johnson that the threat meant the UK had to lockdown, if only several weeks after being told it was the best option. Johnson himself was hospitalised with a serious case of the stuff before March even finished after a major cluster appeared in Parliament.

This created a strange abnormal world that has endured in one form or another for the rest of the year. After the first few weeks of apocalyptic footage of empty cities, society has adapted strangely well to things like video-conference social lives, maintaining physical gaps to everyone else when leaving home, wearing masks everywhere or seeing the collapse of your ability to do anything outside your own home, though some are still yet to adjust, but even back in early March, many in Britain assumed coronavirus would just blow over. Which hasn’t happened. 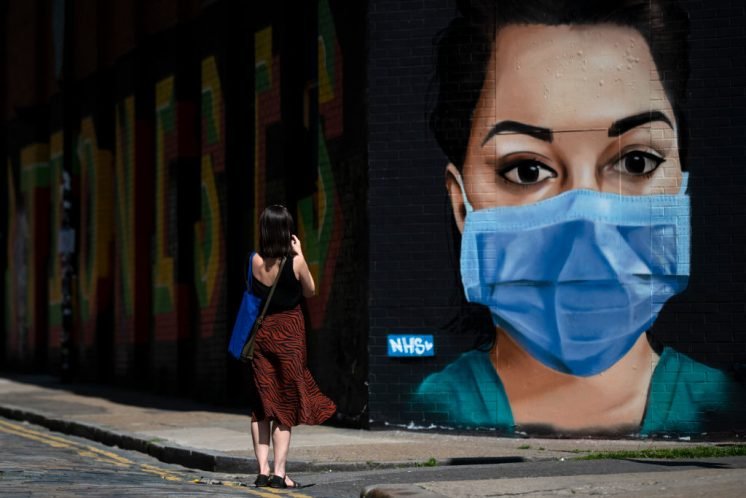 We’ve now reached December and the thing is now drowning out every other chat. And its not like this year was just about covid.

There was another resurgence of the question of system racism in society after the high-profile murder of black people by American cops, which was met in turn by a shocking backlash. There was a succession of other multiple natural disasters. The fight against climate change hasn’t gone away and depressing stats still cut through. There was the messy post-Brexit deal negotiation. There was that US election, which was a hideous campaign protracted by Republican meddling, and which ended with the Democrat Joe Biden as President, although Trump and a lot of Americans still haven’t accepted the result of it.

But any conversation in 2020 feels like you were never far away from talking about the pandemic again. Those who have survived 2020 will all have our stories in future about how we’ve adapted to this mayhem when we reach the other side.

For me, its lead to a feeling that while I’ve been doom-scrolling as the bad news built up after 2015, the news of 2020 has felt like an almost unstoppable parade of misery – to quote John Oliver – with perhaps the most direct consequences that have lead to an almost unrecognisable life.

It also makes me reconsider a certain gift choice. For Christmas 2019, one of my presents for my brother was a novel called Skin about the last survivors on Earth after a pandemic being confined to set individual rooms and having to work, live and play exclusively through screens. This was intended as a satire on our increased dependence on online platforms, but now feels like an inadvertent preview of 2020.

Ultimately, coronavirus will be remembered as something nations worldwide repeatedly failed to take seriously until it was too late, from China’s initial cover-up to the failure of leaders worldwide, democratically elected or dictator, on seemingly every continent. There have been exceptions – New Zealand, Vietnam, Senegal and Taiwan are among those earning praise – but incoherent approaches have led to periodic resurgences in random countries.

In the UK, Johnson was initially praised for his handling of this sudden curveball, but by autumn, that praise had been eroded, with no thanks to his right hand man.

The poor decisions of his special adviser and effective shadow Prime Minister Dominic Cummings to undermine lockdown rules he pushed for hurt the national sense of all being in it together. His choice not to resign when other lockdown breakers had done so didn’t help either, making his November resignation feel several months too late. 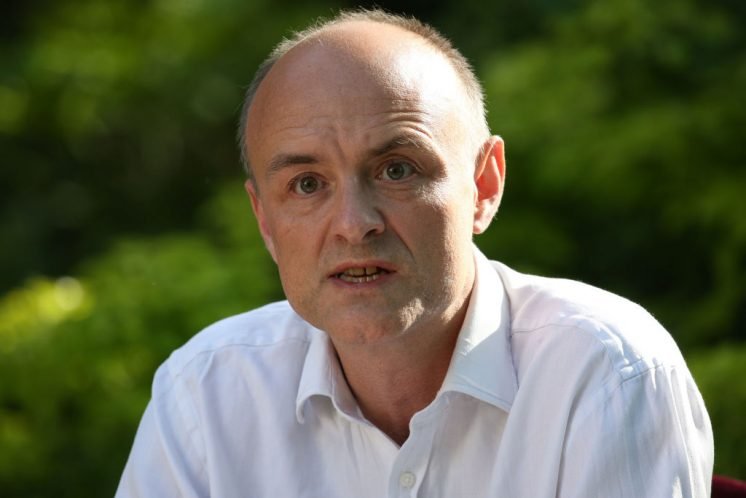 Throughout the summer, accusations of cronyism, U-turns, incompetence and putting more effort into trying to putting off big decisions created a downward spiral effect that hurt faith in the UK’s ability to manage this mess. The UK ends 2020 with an unsettlingly high amount of daily new cases even after two lockdowns, with talk of new infectious strains seeing the UK dubbed “Plague Island” by the New York Times.

Perhaps this is why Johnson sought the political comfort of trying to re-fight the Brexit battle, but the story that dominated the 2016-19 news has just felt in 2020 like an unnecessary distraction, ending with a skinny trade deal that just guarantees a new version of the same post-2016 fights will continue for years and will likely have a rough execution given it has to go straight away in the midst of the covid fight.

Not that Johnson’s buddy in Western populism is going to be around for much longer to help him out with a quick UK-US trade deal. After catastrophically poor handling of covid, including catching the disease, and countless other stupid steps in the last few years, Donald Trump will no longer be President from January – much as he still denies losing – after Joe Biden’s victory in the election.

The USA has had a chaotic year, but they’re far from alone from that. Before long, it lead to people just accepting it as a sign of a cursed year. I get suckered into that as well, routinely referring to #2020problems in social media messages and finding myself nodding when reading articles saying “This bad thing is happening because 2020.”

But what we have to try and figure out from this diabolical year is to work out how to gain any form of control in a world rapidly looking beyond it.

Lack of control is a running trend of the year, as the sense of the rapid escalation of events has turned the year into the stuff of all-consuming nightmares that has exacerbated the recent negative trends in society.

There have been plenty of indications all has not been well with the world of late, and the pandemic duly blew everything up.

It has blown up existing inequalities, where many countries reveal ethnic minorities have been disproportionately struck. It has turned the Internet from merely being a strong presence to an essential, both for good – keeping people connected when physical meeting was impossible – and for bad – giving conspiracy theorists attention they shouldn’t get. It has showed that years of content trying to undermine science and experts in general – both by design or fake news – creates real world doubt that is far from ideal in a pandemic. It has shown a brittle looking economy didn’t have the reserves to withstand such a pummelling.

The approval of safe covid vaccines and start of the roll-out is a promising start, and surely should begin the road to controlling this nightmare, but it can’t do it solo. The sad truth is that the first part of 2021 may well require more of the same things 2020 delivered to keep the show going until things ease, and it may only be then when we can start to repair the 2020 damage. 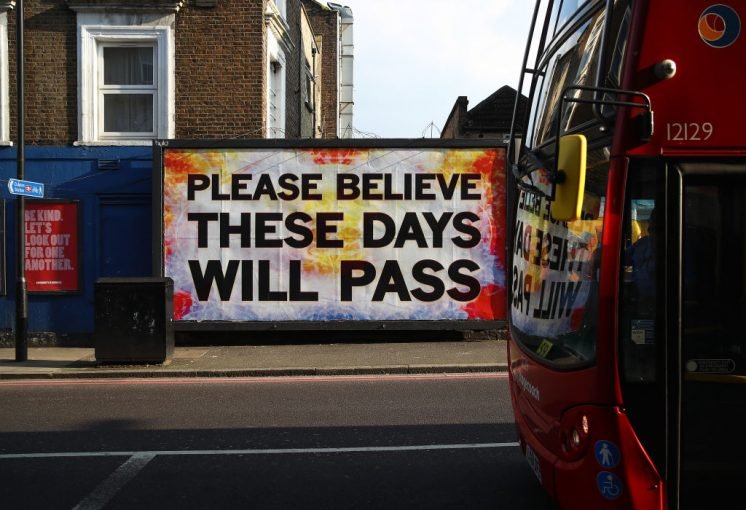 Getting back to our old lives will not be a straight-forward odyssey, particularly as many of the power brokers will remain the same people who’ve not covered themselves in glory thus far and might well make many of the same blunders along the way.

There is no point saying “I want Covid to be over by this date” because this is clearly not a crisis we have the power to end on command. All we can do is try to stay safe and stay as sane as possible and do everything to maintain that until then.

We all know that’s easier said than done – certainly, we did not imagine the glorious future of the 2020 would be like this, but having been dealt this, adapting one way or another is sadly all we can do. Every day gets us one day closer to the end of this exhausting nightmare, but its absolutely fair the journey there isn’t going to be fun. All we can do until then is keep up the good fight.