The 2020-21 season is over for MK Dons and the last kick of a final day home defeat by Rochdale brought to an end a thoroughly weird season.

League One in 2019-20 had been odd anyway, with Bury kicked out to leave a 23 team league, Bolton nearly following, and other teams subject to intense financial speculation. But everything changed rapidly with the suspension of the season.

The last 9 games of the regular season would be cancelled after initial suspension in March, despite intense argument near the end of the first lockdown as to whether to continue as they did in the two tiers above.

While the 2020-21 season at least finished with every team making it, this has still been a strange campaign played in the shadow of a global health catastrophe, fears over lower league football’s future and an attempted coup by Europe’s big clubs.

This season has been near-exclusively played to empty stadiums – just 5 out of the Dons’ 56 games in all competitions had fans, all of which came in December. On top of this was a compressed schedule starting a month later than usual and creating a hectic churn. 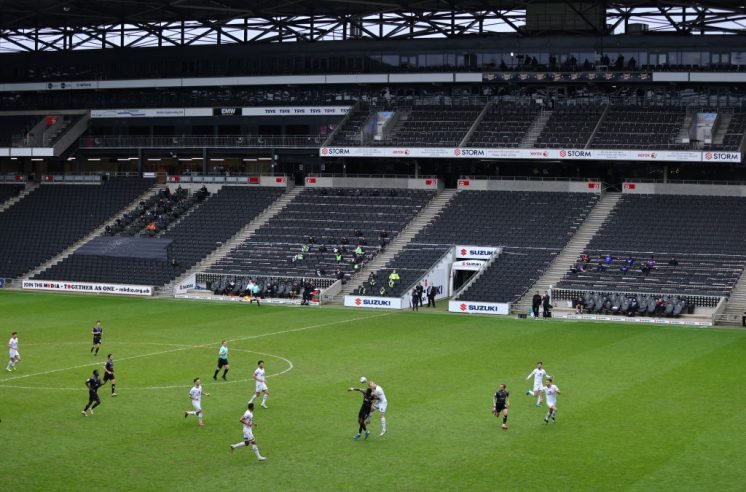 Covering the games in the stadium has certainly felt different for those of us fortunate enough to do so. Just the media and a few VIPs have passed for a crowd, but only after passing health questionnaires, temperature scans and getting acquainted with colour-coded wristbands. Press conferences have been on Zoom, masks have been required, and the experience has been very different to the one experienced in the last pre-lockdown game 14 long months ago.

When MK Dons prepared to return into this brave new world last September after six months without football, this was billed in advance as a potential season of transition. The change of manager from Paul Tisdale to Russell Martin in November 2019 gave the former Norwich captain his first senior top manager role, and while initial promise was there in what could be played, it was still going to require some extra work to fully implement his philosophy.

Pre-season also contained some big outgoings. Previous season’s star duo Rhys Healey and Alex Gilbey both left in August, while regular starters Callum Brittain, Joe Walsh and Conor McGrandles were also among the departures. One change to adapt to this squad makeover was seen straight away, with Martin changing from four at the back approaches to 3-5-2, later morphing into a 3-5-1-1.

Arguably, this is a season that went through several transitions. A flurry of late summer window activity pushed the Dons’ momentum in a different direction, before a January of high player turnover was the path to another direction.

3 of the key players for the Dons’ season would arrive after the season began. It was after the opening game that attacking midfielder Scott Fraser arrived, then it was a month into the season that experienced forward Cameron Jerome signed up, and it was on deadline day that goalkeeper Andrew Fisher arrived.

Those arrivals would ultimately provide a positive effect. Fraser and Jerome soon became the Dons’ biggest threats, while Fisher seems to have fit in more with the new philosophy and duly displaced Lee Nicholls to become the number one.

January then brought even more change, including the effective replacement of the defence. Summer signing Richard Keogh joined Huddersfield, while it was also out with Regan Poole, George Williams and Baily Cargill. Coming into their place were Zak Jules, Harry Darling and Ethan Laird, along with the permanent signing of loanee Warren O’Hora. Darling and Laird would particularly prove to work well in the main. 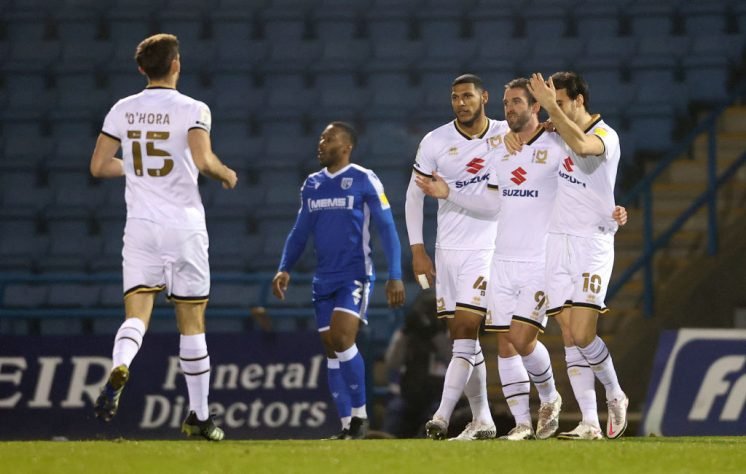 There was also an evolution seen in midfield, with Andrew Surman and Josh McEachran arriving outside of the two transfer windows after being unattached and Matt O’Riley coming in during the January one.

Over the course of the season, 16 permanent and 7 loanees made their arrival into the MK fold. Naturally, this churn of players would lead to some ups and downs en-route.

The most consistent Dons incarnation was after the final revamp. Making such a high volume of alterations in January could’ve backfired, but this version would very much show promise with a 5 game unbeaten run and further separate runs of 4 and 3 wins in a row demonstrating something was working.

There were still bumps in the road – a 3-0 defeat at struggling Wigan was criticised, while late defeats to Crewe and Rochdale had some old failings. But if nothing else, the best results showed good things and a squad buying into Martin’s approach.

One thing that likely helped was reducing a bad habit of conceding within the first 20 minutes of games, which happened with a fairly alarming frequency in the first half of the year. While there were a few moments after January where they still did this, it was still an improvement on a period where it seemed to happen every match.

Overall, the season could’ve gone a few ways. The Dons were one of the last teams to win a game and had some consistency issues pre-Christmas, before flying form in the second half meant the Dons became an outside possibility to take a first play-off campaign in nearly 10 years.

As it is, 13th place was the end position, with the team finishing 9 points off the play-offs and dropping a few spots on the final day. This may’ve been a bum note to wrap things up on, but there was still definite progress from 2019-20.

Even amidst such a high player turnover, it looks like the players buy into Martin’s desired approach. Several games would show the best of this – the 5-0 win over Swindon being the obvious example – but there has also been a promising enough consistency in performance. Martin certainly seems happy enough that the team has made progress towards what he wants to see from them over the course of his first full campaign as the boss. 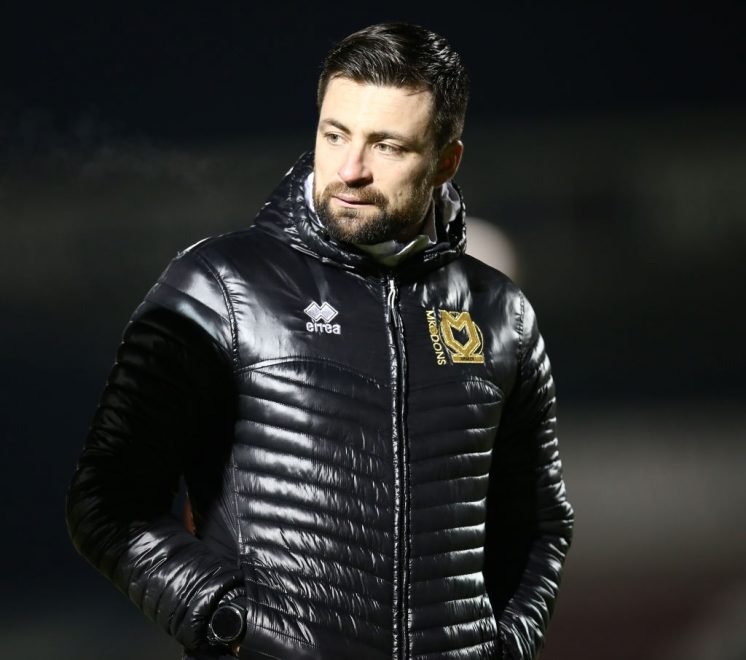 In an ideal world, the transition would lead to a position of keeping the main hub of this squad and find genuine starting improvements to slot into the system and push on.

But it is already looking like a busy summer is coming. Since the end of the season, 4 players have left, 4 loanees are returning to their parent clubs, doubt has been cast over Jerome sticking around despite a contract being on the table, and highly regarded young full-back Matty Sorinola has agreed a move to Belgium.

A striker or two will likely be top of the tray to bring in, with a lot of moves in other areas dependent on what the transfer window serves up. It’ll also be a transition period off the pitch, with Executive Director and Pete Winkelman’s right-hand man Andy Cullen moving on to Portsmouth.

For what it was, the 2020-21 season at least saw MK Dons have a promising season amidst the weirdest backdrop possible. There is plenty of work to hint that, with consistent focus and the right players, that 9 point gap to the play-offs can be bridged next season. But meeting that ambition will now come through a likely busy summer to blend these ingredients into a satisfying final product, and one that ideally has to be ready to go for when football returns.