In June 2012, the day before that year’s European Championship final, Michel Platini suggested his big idea for Euro 2020.

The then-President of UEFA declared his big idea was a special championship to mark 60 years since the original. UEFA’s boss suggested the idea of a cross-continental version, with host stadiums across Europe.

By December 2012, Platini had felt confident enough to declare this is what UEFA would indeed be doing. The original favourite had been Turkey, whose bid was endorsed by Platini, but a host of issues with their bid and no other serious bidders left UEFA decided spreading it beyond a single host worked better.

The on paper idea is a huge contrast to 1960’s original tournament, which saw just 4 teams make their way to a grand final in France. It was fitting in a way that France hosted Euro 2016, which was the first edition of this 24 team version, but Euro 2020 was set to be it’s own monster.

Nearly a decade on, the journey to Euro 2020 has not been straight forward, with Brussels’ failed bid being one big issue. But then came 2020’s hellscape, though like anyone in 2012 would’ve seen that coming.

Less than 3 months before Euro 2020 was originally meant to start, football across Europe shut down as the coronavirus crisis went global.

Euro 2020 would ultimately be pushed back to 2021, with the June-July block originally assigned instead used to wrap up the 2019-20 season, ending with the Champions League final on August 23rd 2020 – 3 months later than usual.

Now, the tournament – which is still being called Euro 2020 – is finally here. Naturally, the pandemic has brought its own set of complications onto an already messy tournament.

With international travel compromised and various areas of Europe still having high coronavirus rates, only 1 venue – Budapest, Hungary – has been bold enough to allow full crowds. Indeed, Dublin was struck off because they weren’t confident enough to guess whether they could have fans at all, which feels like an odd tone given that realistically, no nation could really have provided guarantees in April in light of such an unpredictable situation. More of a paradox was Spain, with Bilbao dropping out due to no guarantees fans could go but Seville happy to step up. 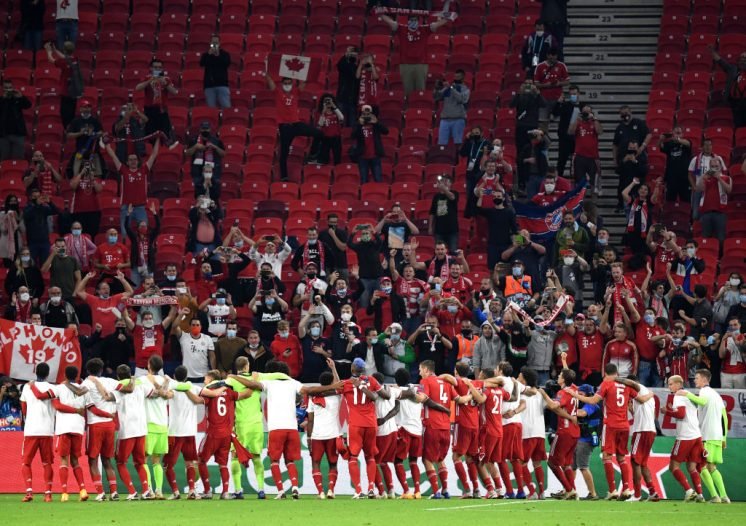 Reports suggested UEFA nearly backed out of the idea over winter to revert to a single nation set-up, but they opted to stick to their guns.

How likely full crowds were anyway is a question we’ll never answer, given how expensive it would’ve been to fork out for all the match tickets, airfares and hotels required even before talk of quarantines, tests and who knows what else in our covid-addled age, which does add a bit to the price-tag.

This combination serves as another stick to beat UEFA with as people question whether sports executives live in the real world. Inflation in travel costs is one thing, but equally, so is the climate cost so much airplane travel generates – moreso than just going to one fixed nation, and which is still a factor even with several reduced fan numbers.

It is true Europe isn’t alone with pandemic anxiety and sports. The Japanese people’s increasingly cold feet on welcoming the Olympics next month is well known. Meanwhile, the Copa America has been mayhem after host nations Argentina and Colombia were withdrawn in favour of the surprise pick of global covid hotspot Brazil, with rumours now building that European-based Brazilians might withdraw from the Seleção. But equally, none of this anxiety helps one truly relax into the event.

Ultimately, the pandemic has undermined it before it can began. A tournament planned to be like no other can only be a more hollow version of the proposed model, diminishing a format that in truth feels like a downgrade on a single host set-up anyway.

The question of Euro 2020 as sport spectacle is also there. Setting aside the unhappy and cruel concept that a team developing coronavirus could decide a major fixture, the final 10 or so games of last season added to a compressed domestic schedule means player fatigue is a potential factor. It could well be the winners are the team that can keep their men the fittest, with one last attempt to push the body to its limits. 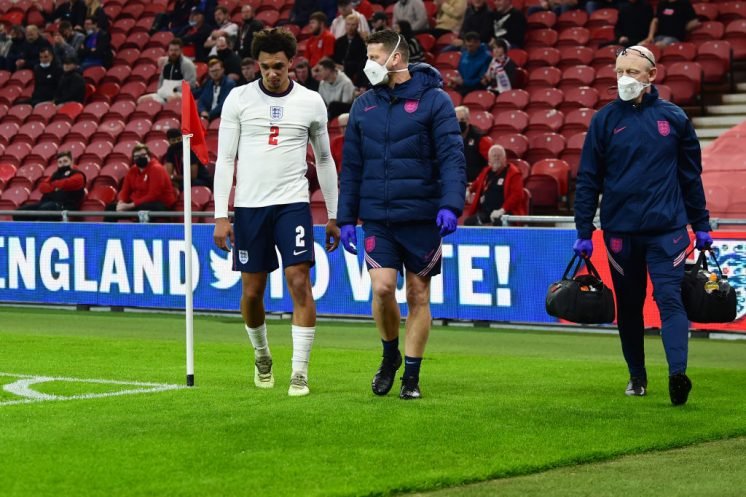 The grind is already breaking some. England are going to be without Liverpool star Trent Alexander-Arnold, while extreme doubt is there over Harry Maguire and Jordan Henderson. Spain, the Netherlands and Sweden are also missing key men through injury, and it is plausible some unfortunate soul is going to have their tournament ruined through physical damage at the end of a football pile-up.

Fan fatigue is also possible. The domestic season has only just finished, and many felt like they had just been beaten over the head with football in the last year, or moreso than usual, anyway. Another 51 games in 4 weeks with lots of packaging around it doesn’t help.

Thrown into this is the bloated current Euros format. Between 1996 and 2012, the format just worked – 4 groups, 4 teams, 8 progress to duke it out for the trophy. Simple.

The 24 team approach debuted at Euro 2016 and maintained for Euro 2020 is not so easy to keep track of, not least given it’s now harder to fail to qualify and harder to get knocked out when you get there, with much more guesswork required to keep tabs on the 3rd place teams. Euro 2020 also marks the first Euros to feature VAR – words that will probably make any Premier League follower have existential dread after an erratic year.

It all adds up to Euro 2020 being a strange tournament. The bloated cross-continent format was going to give it a unique feel anyway, but in the shadow of a still-ongoing pandemic and the end of a season of football overload, it’ll certainly feel unique, but not in the positive way Platini was going for.

It’s likely, however, that when everything kicks off on June 11th with Italy v Turkey in Rome, the football will again dominate. It may not be the communal event the last World Cup served up, but the sporting spectacle will no doubt sweep people away in the moment once more. We can only hope the football is captivating enough to justify the attention.

In a sporting context, the bookies are naturally already having their say. France lead the way, not least as the 2018 World Cup winners are still star-studded, so much so that they could afford to leave out some exceptional talents. Belgium see this as a potential last hurrah of their Golden Generation, Germany still have the players despite Joachim Low’s choice to exit as soon as the tournament ends, Portugal are hoping to defend their 2016 title, Spain seem to be getting better indifferent recent tournaments and Italy look like they could go far after an exceptional record under Roberto Mancini. 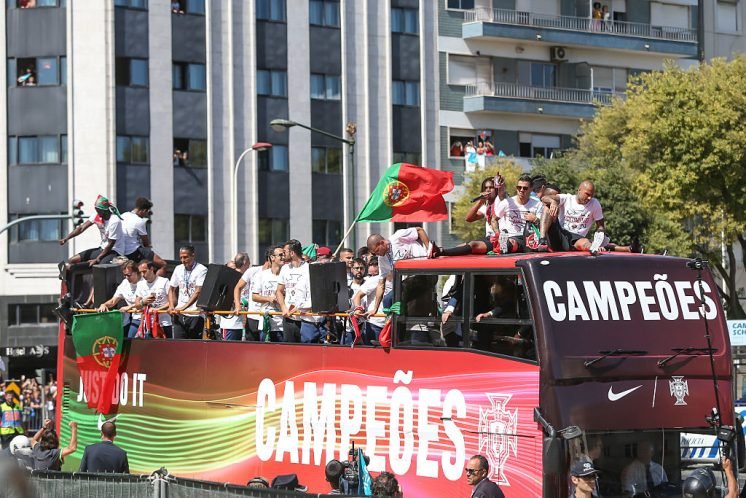 Unquestionably, there is excitement the tournament is here for others. Euro 2020 sees Finland and North Macedonia make their major international tournament debuts, and decent results means both are excited. Scotland are also back in the mix, reaching a major contest for the first time in over 20 years. Wales also return, hoping to show to the world that their majestic run to the Euro 2016 semi-finals wasn’t a one-off. Many others also dream of being a dark horse, pulling off something like Denmark in 1992 or Greece in 2004 and surprise everyone to win the lot.

For England, manager Gareth Southgate wants a semi-final spot, as they managed in Russia 3 years ago. A fascinating group of Croatia, Scotland and the Czechs will provide indication as to whether this is realistic, though as winning the group means a knockout tie against France, Germany or Portugal, that could be the real acid test. Working out the right balance between his defensive instincts and his high calibre attacking options is a must.

There is certainly the incentive that Wembley – home turf for the England team – is due to host the last 3 games, leaving many to hope England reach the final this time, rather than hit a trapdoor like losing on penalties in the semis as they did to Germany at the old Wembley in 1996.

It felt hard in the immediate aftermath of the domestic year ending to feel enthusiasm for Euro 2020, but with everything all ready to go, it promises if nothing else to be a fascinating tournament and hopefully show international football at its best. It’ll be interesting ultimately to see who will successfully navigate both a uniquely tricky build-up and the tournament itself to take the trophy home from Wembley with them.