Later this month, the International Olympic Committee (IOC) is due to meet to decide the host of the 2032 Summer Olympics.

While it will undoubtedly take a different format to the big conference in Argentina eight years ago that gave Tokyo the 2020 Olympics, the new bid format makes for a very short meeting. While Tokyo beat Madrid and Istanbul to win the 2020 rights, the 2032 games have one bid.

This came from Brisbane, Australia, so they are guaranteed it. This is mainly down to a revised format where the Olympics opts for “preferred bidders” and “targeted dialogue”, but it makes the 2032 games effectively the third consecutive Summer Olympics to have just one official bidder, after the IOC made the call to split the 2024 and 2028 contests between 2024’s only two bidders (Paris and Los Angeles).

This followed a trend of reduced interest across the 2010s, with several contests seeing initially interested cities withdraw bids. This trend is a significant reduction on the double digit number of bids made for the 2004 and 2008 games, each one costing millions to assemble.

Yet if the difficulties in getting bidders for the Olympics were already bad, you can’t help but feel the delayed 2020 Olympics in Tokyo are going to create its own trouble for the cause of getting people on board.

Most of Tokyo’s travails can be blamed on the coronavirus pandemic. The latest blow came with this week’s news that all events will now be held with no fans due to a state of emergency and another spike in cases in Japan, first for Tokyo and now for all events elsewhere in Japan.

It is also leaves many pondering what these Olympics are achieving, given the Olympics are running with strict limitations on what athletes can do in a country whose vaccination programme has run much slower than other developed nations, and where Japan is making little if any money on its vast investment.

Many also fear there could be global covid ramifications if the athlete bubble is breached, with huge fears about Olympic Village infections, maybe even the creation of a new variant of concern. This may not be truly known until after the opening few days, but is still enough to continue the headaches.

It ultimately seems likely that Japan has allowed the Olympics to go ahead as its the cheaper option at this point. The IOC has the sole option to cancel, with one report indicated that if Japan unilaterally cancels without IOC approval, they will be liable for over £12billion in costs. 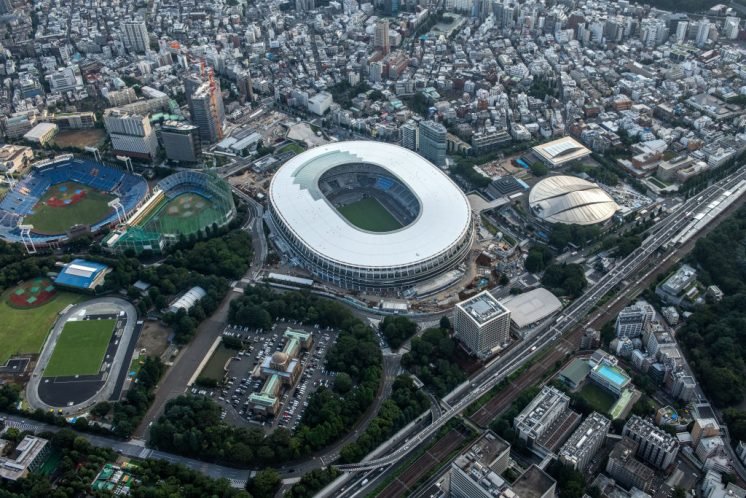 The expense has already been vast. Costs have risen from an original £5billion estimate to an official £11billion figure with many reports suggesting the actual cost passed £20billion, making it the most expensive summer Olympics ever, with a few extra billion added for the delay and for the covid controls. The vast majority of this is Japanese government public money.

This handling is already having repercussions, with refusal to cancel the Olympics one key reason blamed for the Japanese government’s coalition losing seats in recent local Tokyo elections ahead of national elections later this year and the Emperor of Japan admitting he is concerned about the Olympics making covid worse.

It’s not just the Emperor who is anxious. For most of 2021, polls have suggested the Japanese people favour another delay or even outright cancellation, with one such poll in late May suggesting 83% wanted the games moved from July/August 2021, and regular anti-Olympic protests surfacing. While some polls since have been more favourable, it’s not quelled all the disquiet. 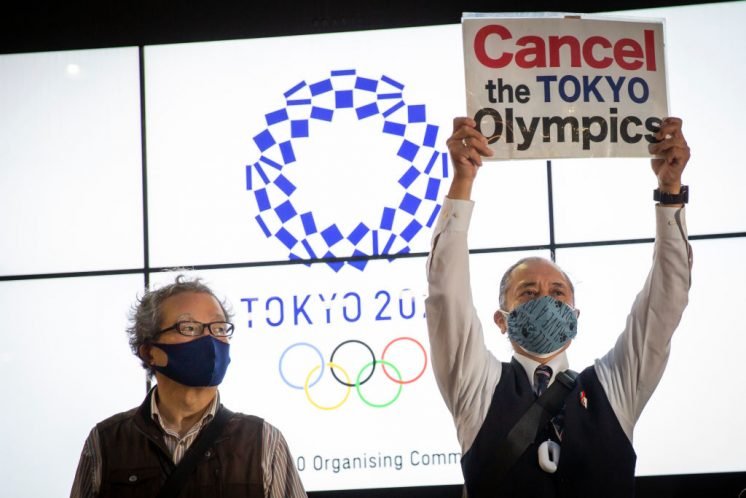 The IOC’s response to this has not been assuring. One spokesperson said they wouldn’t be guided by public opinion on this cause, while other figures have been adamant that come hell or high water, the Olympics must happen, with Seb Coe among those recently saying it’ll all be fine. It’s hard to escape the notion an organisation that will still pocket billions in TV and sponsor income has an ulterior motive, even if they push through a more hollow version of the show.

It is true that Olympic games usually overrun their initial budget, with nearly ever games since the 1960s doing so. It is also true most Olympics tend to have a backdrop of bad news at the start. The 2016 Olympics arrived in Rio de Janeiro to a backdrop of Brazil suffering a deep recession, an outbreak of mosquito-spread Zika virus and the suspension-later-impeachment of the President on corruption charges.

Even London’s 2012 Olympics didn’t escape the trend for bad build-ups, with fears over VIP traffic lanes, public transport chaos, a lack of interest outside London, an overstated case for doing it, the potential for leaving behind “white elephant” stadiums, ticket sale issues, bad weather and anxieties over security all cited in the build-up, even if it eventually turned out alright. 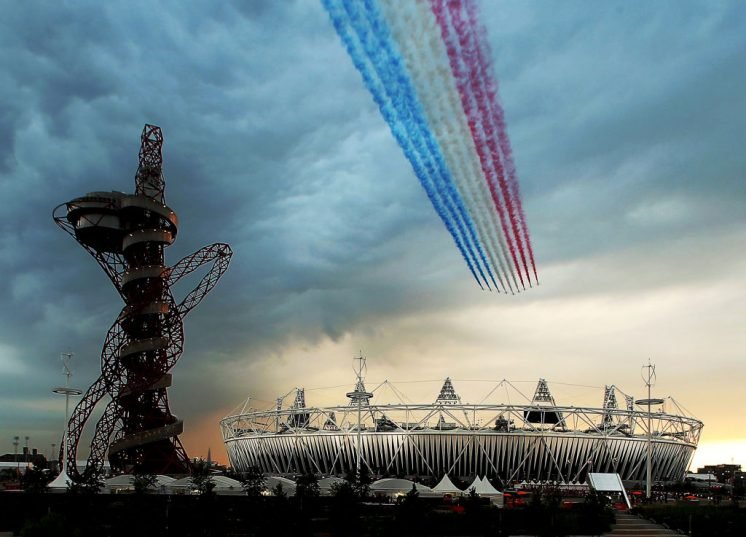 But Japan’s build-up has become a nightmare that will likely overshadow everything about these Olympics, and the IOC is allowing itself to be seen as unhelpful. After all, the opportunity for Japan to make money from Olympic tourism collapsed when covid lead to a ban on non-Japanese tourists being let in, and this before the financial hit that will come from the ban on domestic ticket sales.

It’s not hard to see why many wonder what Japan is doing this all for, but it’s also a shame in many respects. This is an event sold to Japan as huge promise that it could help the recovery from the disasters it endured in 2011, and was still a highly anticipated event in late 2019 despite the budget over-runs, yet covid has distorted it beyond recognition.

While many factors here can be blamed on covid, it does little to stop a trend where many places are wondering aloud if the vast expense of hosting major sporting events is worth it. Images of abandoned Olympics and World Cup venues are easy clickbait, and they don’t help the reputation of mega sports events as being more for the benefit of the administrators, yet the Olympics will still need hosts to splurge on a lots of venues. 33 sports covering 50 disciplines can’t all fit in the same room after all.

It doesn’t help the IOC has previously had a demanding reputation. Circulated widely and mocked by comedy shows during the 2022 Winter Olympics was a 7,000 page document of demands, many of which in isolation came across as outlandish.

This mess feels like a crossroads moment for the Olympic movement. It’s not as if it hasn’t faced this before. The debacle that was the 1976 Olympics nearly bankrupted the Canadian city of Montreal after running an estimated 8-13 times over budget, and lead to a rethink, before corruption allegations dogged the decision to give the 2002 Winter Olympics to Salt Lake City, and lead to sweeping changes.

On paper, the Olympics should be something many want to host. It brings together so many of the world’s sports, including many that don’t get day-to-day public interest, and can be a chance for cities to show off to the world. It is fair to say another delay or cancellation would also be unfair on athletes from across the globe who have spent years training for this show and want to compete for the chance to win the gold medals.

But in an age of ever inflating construction costs, showing off translates to the IOC encouraging cities to throw money they don’t have for a chance to host a carnival that leaves behind debt and expensive stadiums.

The Tokyo debacle by itself probably won’t destroy the Olympics as a concept. It may still work out that, for the 3 weeks they are on, people’s eyeballs are still glued to the sporting drama to see who will overcome the strange scenario to master their discipline and take the gold medal, while cities worldwide are already preparing bids for the 2036 and 2040 tournaments.

But this build-up has already defined the Tokyo Olympics 2020 in 2021 as a situation without parallel, and one that it’s unlikely will be fondly recalled. Covid has absolutely not helped, but it would need to be a fantastic games to stop the voices asking if hosting this mega-event is a problem their city doesn’t need.