That date was the last time England won a major semi-final, which was a 2-1 victory over Portugal at Wembley – controversy over a last minute switch of venue from Goodison Park or otherwise.

It’s something of a redemption arc for both teams. Italy’s failure to qualify for the 2018 World Cup was seen as a real low, but despite lacking superstars like yesteryear teams, Roberto Mancini has lead Italy to a record 33 straight games without defeat as they chase a first Euros crown since 1968.

For England, there is an opportunity to win their first ever Euros final just five years after their own low point, in the form of that Euro 2016 humiliation against Iceland. That game lead many to wonder if they would be chronic underachievers that might never reach a major final. 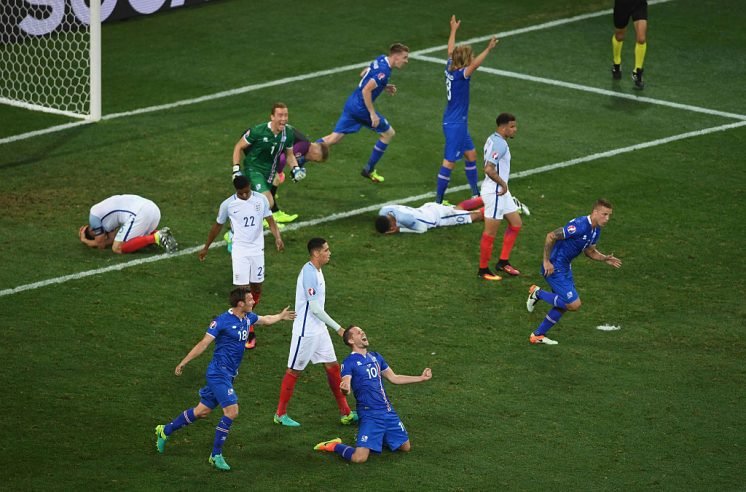 Yet in the first Euros after 2016, the chance is there for Gareth Southgate’s highly admired squad to end 55 years of hurt.

But how come it’s taken so long for the Three Lions to get this opportunity?

It’s not for lack of trying. England have had some excellent players, superb domestic leagues and millions to throw at its team in the last half century, and one could have argued they could’ve managed more than semi-finals.

But we make it sound so simple. Many other incredible teams have experienced major tournament failure, while big games can swing on tiny moments that can turn on paper victories into shock losses.

Other nations have also had success droughts. It took France until 1984 to win a major tournament, the Netherlands until 1988 to win what is still their only one, Portugal waited until 2016, and until winning Euro 2008, Spain were seen as chronic underachievers.

England’s failings since 1966 have come in phases. The first assignment after the joy of 66 was a bad tempered shock defeat to Yugoslavia in Euro 1968, in a semi though at a time when the Euros only had 4 teams.

England’s attempt to defend their World Cup then saw them blow a 2-0 lead to lose to 1966’s losing finalists West Germany in Mexico. After that, the team shockingly failed to qualify for any other tournament in the decade, with Alf Ramsey sacked after a failure to reach 1974 World Cup.

The 1980’s had a strange back-and-forth quality. After the qualification drought ended with a Euro 1980 group stage exit, England went unbeaten at the 1982 World Cup final in Spain, but failed to make it past the second part of a two group stage format used then. After a failure to qualify for Euro 84, England had a spirited Lineker-inspired showing in 1986 only to lose to the best and worst of Diego Maradona. This raised expectations for Euro 88, but after a strong qualifying and a random friendly against non-league Aylesbury United, England fell flat by losing all 3 games and going straight home.

But after that debacle, the 1990 World Cup was nearly England’s moment of glory. Having come through a tight group and two ties that went to extra-time, dreams of glory were there only for a semi loss on penalties to West Germany in Turin. But that night is seen as something of legend in English football, seen as a moment that revived interest in the game after a dysfunctional 80s for English football in general.

Euro 96 would be hosted in England but expectations weren’t high. The team crashed out of Euro 92 without winning a match before failing to qualify for the 1994 World Cup. But Terry Venables nearly managed to win. The tournament that gave us that Three Lions song saw the magic come for England fans against Scotland (eventually) and the Netherlands, and after squeaking past Spain, it ended up in a lively tie against Germany that ultimately saw Gareth Southgate miss in the shootout, inadvertently starting his redemption arc. 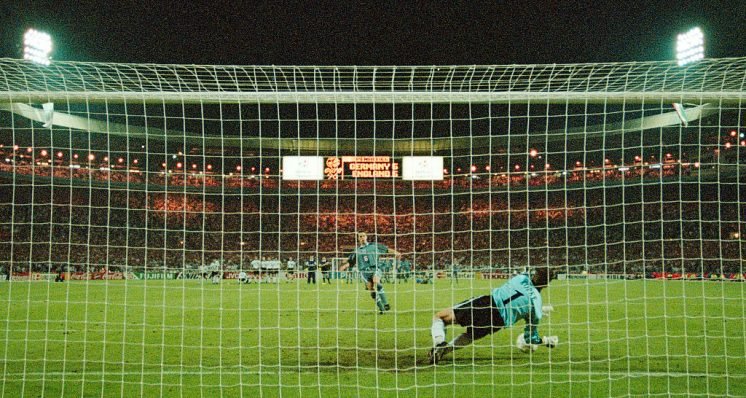 From there, England actually became a highly tipped team that never quite got lucky. Defeat to Romania in the group stage in 1998 set up a knockout tie against Argentina, which brought all manner of drama and another shootout loss, before Euro 2000 saw England nearly lose to Scotland in qualification play-offs, then crash out in the group stage after another defeat to the Romanians.

The 2002 World Cup wasn’t damaged by an ill timed loss to Romania. But after a good start, Sven’s first tournament landed a quarter final against an excellent Brazil team. Had England beaten Brazil, there is a great chance they would’ve reached the final, but instead Brazil came from behind to win, surviving Ronaldinho being sent off for a lunge on Danny Mills.

As an aggressively defensive Greece team won Euro 2004, England could’ve felt a win was possible. But a crushing defeat to Portugal on penalties after a great tie ended the journey, and the same opposition then dumped an England team suffering with injuries and suspensions out of the 2006 World Cup.

Those three tournaments are seen as the main missed opportunity. That was the period of the Golden Generation, where England had many talented players that could’ve won something, but just never quite clicked.

After that was a time where the England team became a national punching bag. Failure to reach Euro 2008, a battering by Germany in the 2010 World Cup – incorrectly disallowed Lampard goal or not – a penalty exit to Italy in Euro 2012, and failing to win any match in the 2014 World Cup didn’t help, and then came Iceland 2016.

That was the nadir’s nadir. After Iceland came from behind to take the lead, an insipid England team never looked like they could get out of their predicament. Football journalist Iain MacIntosh has said English journalists in the press box in Nice that night were openly laughing at the poor performance, and it’s hard to believe they were the only ones.

If you’d told anyone in the aftermath of that farce that England would reach a World Cup semi-final in 2018 and then be one game away from winning the Euros in 2020/21, very few would have believed you. In truth, you probably would’ve got a similar response after the 0-0 draw against Scotland in this year’s group stages. Though if England do win the thing, that would be symmetry with 1966, as England began that tournament with an uninspired draw with Uruguay.

There have been many reasons why England have taken so long since 1966 to reach the chance to fight for glory. Injuries and suspensions to key players, unlucky draws, a misplaced expectation of opponents being a breeze, iffy managerial appointments, incorrect squad selections, star turns by opponents… take your pick.

There’s not been so much of arrogance that saw England boycott the showpiece events before 1950, given the FA of the 1920s/30s claimed they didn’t need to prove they were the greatest team in the world, though it is true some fans have entered tournaments with a hyper-partisan view akin to that era expecting to win and being left disappointed.

A lot of credit for this about turn must go to Southgate. The man who missed a penalty in 1996 was not a first choice, but got the gig after Sam Allardyce – who, let’s be honest, was never going to get this far into a tournament – was felled by corruption allegations. 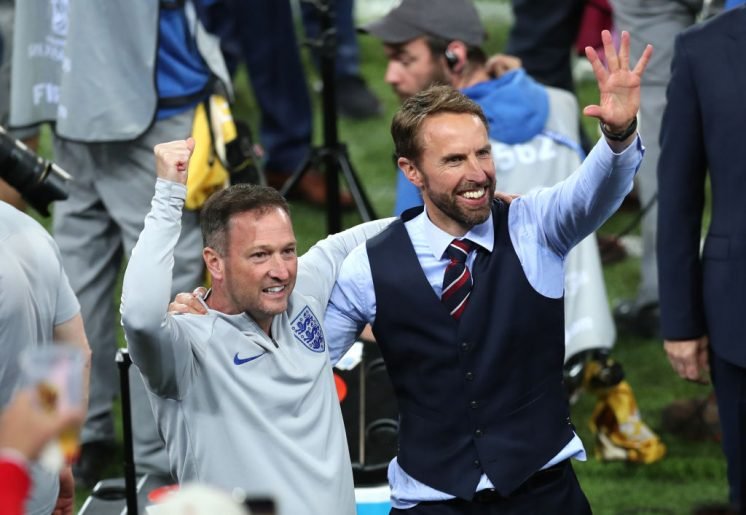 Southgate has built an impressive team made of players who, compared to some of their predecessors, seem to enjoy playing in the England shirt and with each other, and installing an atmosphere that this team shouldn’t fear repeating history, but instead try to make it. As inspiring messages go for footballers, its decent.

Sure, there’s some reasons for others to spread cynicism about England making the final, like not having to travel as much as others in the pan-European contest to being on the less difficult part of the bracket to dodgy decisions, but after so long without success, many England fans are happy to see their men’s team finally reach a final – it’s a first for either gender in football in over a decade.

As a result, it’s no wonder England fans can’t help but dream that this time is the time, and that this may be the start of a more generally competitive England squad.

So, could England beat Italy and win Euro 2020?

Well… maybe. Enjoy the game as it’ll be quite a ride.