Recent arguments between the Red Bull and Mercedes Formula One team did not start with that Silverstone lap one.

Much was written about the high-profile incident on lap one of the British Grand Prix last month, but that was to be expected. The collision between championship rivals Max Verstappen and Lewis Hamilton was guaranteed to get a ton of coverage both as an original incident and the wider context of this season.

Debate was also going to happen for any penalty given, whether it was letting Hamilton off or disqualifying him, though the ultimate sanction saw Hamilton given a 10 second time penalty on his pit stop, and overcome that to win the British Grand Prix anyway.

Red Bull were furious, not least as the consequence of the crash was Verstappen going to hospital, the destruction of his RB16B chassis – the team value the damage at over £1million, plus they also lost an engine to the damage – and Hamilton taking a massive bite out of what had been a 30+ point lead. Verstappen indeed went further, calling Hamilton’s celebrations disrespectful.

The fallout covered pretty much the entire gap between the British and Hungarian races, and was frequently toxic. Racist abuse, death threats, hyper-polarisation and more have flown among F1 social media users, and the tone was almost relentless in this sphere. Indeed, so much of the coverage was devoted to Red Bull and Mercedes that you’d have been forgiven for thinking it was just them coming to Budapest for the next race.

Red Bull duly launched an ultimately unsuccessful protest get the original punishment strengthened, which was merely the latest time of late where one has been lodged. Red Bull began the delayed 2020 season with a wide variety of protests against Mercedes, be it for their DAS steering system or Hamilton ignoring a yellow flag in qualifying or whatever else.

Everything in 2021 has however been big drama. For all that Netflix’s Drive to Survive drummed up rivalries between these two teams on 2019 and 2020 footage, it has escalated to genuine soap opera alongside the sport.

This might well be the nature of the beast. Until Esteban Ocon took a shock win for Alpine in Budapest, only Red Bull and Mercedes had won an F1 race in 2021, and the nature of Formula One means that teams will try literally anything to get a split-second advantage to keep control of the sport.

Indeed, we are seeing this in the backroom team as well. Following Honda’s decision to leave F1 again, Red Bull brought Honda’s engine IP to create it’s own Red Bull Powertrains division for its senior team and Alpha Tauri sister squad, and to help map out its operation, it duly recruited several senior members of the Mercedes power team that have done so much to make them F1’s dominant force since 2014.

After all, if you wanted to see a model for domination, you’d do worse than look at Mercedes. Red Bull may have won the 4 championships coming into 2014, with particularly large winning margins in 2011 and 2013, but they’ve been nothing like as dominant as the Mercedes team, who have been more dominant than everyone else – even the Ferrari team under Michael Schumacher in 2000-05. 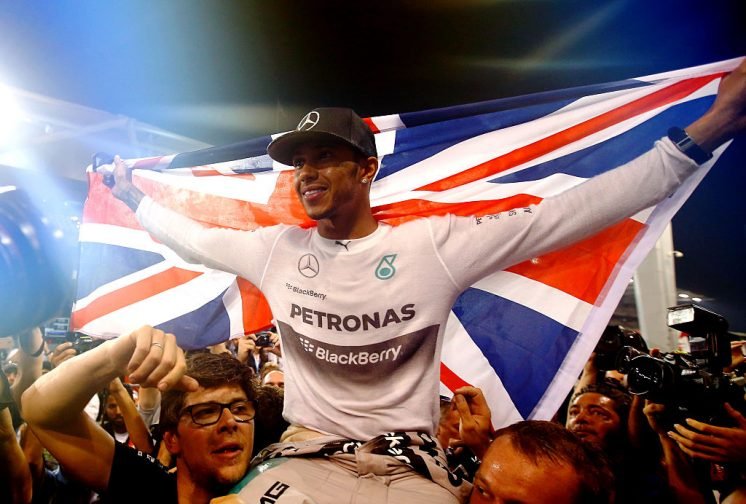 Mercedes were almost in another sport to everyone else in 2014-16, and while the 2017 car changes slowed them a bit, dominant streaks emerged in 2019 and 2020 that felt like something out of those early years. By contrast, Red Bull have largely been in the shadows in that time.

The Milton Keynes-based team have benefitted in races where Mercedes have had strategic brain fades, technical problems or crash damage, but between 2014 and 2020, Red Bull won 17 races. This is certainly still a nice record compared to others – see McLaren – but given they won 20 on their way to winning the 2012 and 2013 championships, it is a time on the backfoot and bigwigs like Christian Horner and Helmut Marko have clearly been chomping at the bit for a chance to prove they can win it again, or at least have a sustained challenge.

Mercedes, meanwhile, are less keen on losing the crown. The team has propelled Hamilton from merely a promising talent to an all out sport-dominant star. Hamilton may now be 36 and will be 38 at the end of his new deal through to 2023, but he is one away from becoming the first ever F1 driver to register 100 wins in the sport. 22 wins by the end of 2013 has been followed by another 77, and after being pushed all the way by Nico Rosberg in 2014/15, he has since just proved on many occasions that he is a superstar behind the wheel.

With two superb competitors, the high tension going into F1’s major car reset in 2022 – delayed a year – has escalated what could’ve been a filler year into genuine all out title battle. At first, this had largely been kept off track with on-track battles relatively civil. The poison off track saw Red Bull and Mercedes protest each other over wing parts before Mercedes team leader Toto Wolff called Horner a “windbag”, a remark that moved Hamilton to tell his boss and Horner to calm it down.

This close fight has been partly helped by cars that are largely stand-still from 2020 except for an element of aero philosophy that seemed to favoured Red Bull. While Mercedes’ Hamilton still won 3 of the first 4 races, Verstappen and Red Bull were very much on it and a run of five wins in a row put them very much up front. This fight has largely been a straight Hamilton v Verstappen duel, however, with team-mates Valtteri Bottas and Sergio Perez on the backfoot. 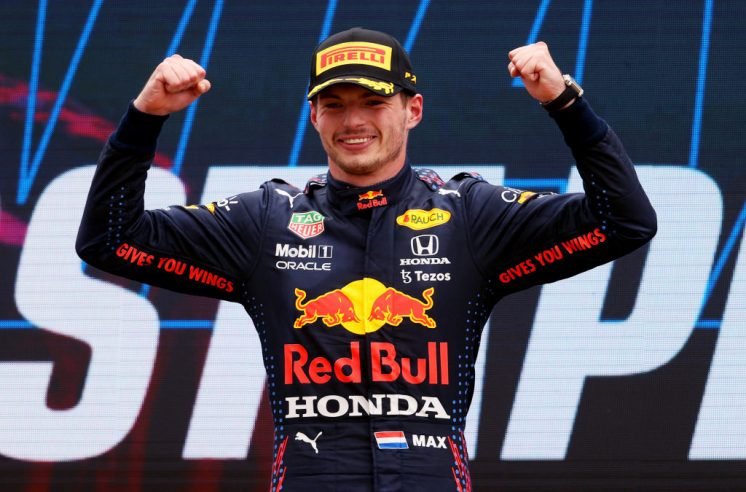 Mercedes entered Silverstone on the backfoot for perhaps the first time in this era, which provided huge further weight to what was already a huge moment with that crash. As well as the incident itself immediately earning comparisons to Senna and Prost taking each other out of the 1989 and 1990 title deciders, it felt big in the destiny of the championship.

While less debated, the last pre-summer break race in Hungary didn’t help relations that were poisoned after that crash. Mercedes’ second driver Bottas had a dreadful moment, losing places at the start, before getting his braking wrong and causing a pile-up that destroyed his car and ruined Red Bull’s race.

Hamilton missed the chance to inflict maximum damage with that hilarious moment of himself on his own at the restart, but finishing 3rd – later reclassified second due to Aston Martin getting a disqualification – while Verstappen could only limp to little points with a severely damaged car tilted things further in his favour.

This has lead to more conjecture, not least proposals a driver who causes a pile-up should pay for the costs or at least that his team should, while Red Bull are also now facing engine penalties down the line for both cars. But it’s also changed things, as Mercedes have taken advantage of two difficult races for Red Bull to retake the lead. 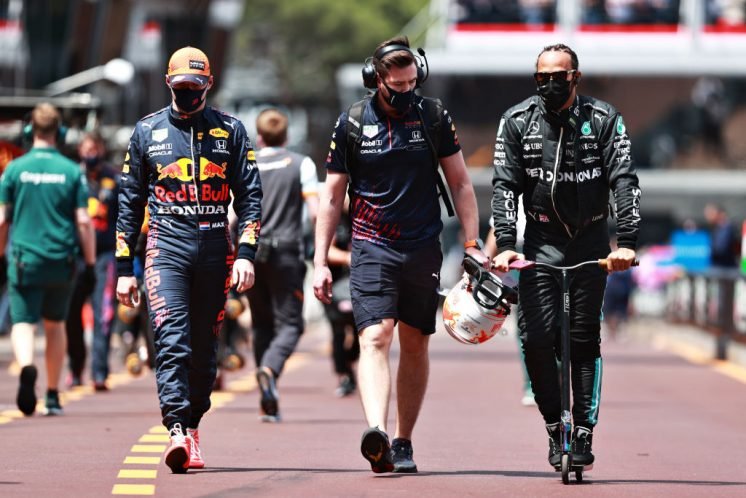 In a high pressure environment like this, neither can afford to ease up, even if it could lead to both taking their eye off the ball for the major car regulation reset coming for 2022. Indeed, the interesting dynamic is wondering when a team blinks and switches development focus on those new cars.

This pressure scenario may well have been further changed by the fact it is genuinely unknown how many F1 races there will be in 2021, such is the covid world.

F1 want a record breaking 23 races in 2021 and the calendar has already been changed a bit, with Imola, Portimao and a second Austrian race added. Calendar changes are also still going on, with gaps still there to fill cancelled rounds in Japan and Australia, and major concern as to whether Brazil, Mexico, the USA and the recently added Turkish races can happen due to ever-changing travel rules, concern over the UK red list that contains out several countries F1 has races in, and questions as to what could fill the gaps at late notice.

Beyond this initial Spa-Zandvoort-Monza tripe header, it is genuinely unknown how many rounds there will be for Hamilton and Verstappen to continue this intense fight, or where they will go, with talk of previously unplanned circuits getting a go, as happened in 2020.

This may well ramp up the intensity further, where every point suddenly becomes more and more important for an unknown quantity of races, though it’s not as if this title fight needed extra spice. Indeed, with this being a tight battle for F1 supremacy, it is likely that Red Bull and Mercedes will find themselves in a feud that may well use less toxic language, but will be no less frantic on track and might well be at the mercy of events for how civil it can truly stay.

In the end, when the five lights go out and this Sunday’s Belgian Grand Prix starts, it’s the start of a drive to the finish and whether we see Hamilton become F1’s first ever 8 time world champion or Verstappen become the first ever Dutch F1 world champion.

With such a close fight in prospect, how it all plays out is an exciting time in prospect for F1 fans, and no doubt will be likely to have many more thrills and spills along the way. Just remember to keep it clean when going to debate the issues on social media.