It isn’t saying a lot for the 21st century so far that 2021 is not the first in a line of generally downbeat years.

This isn’t the first century to start chaotically – the 20th crammed in 2 world wars, Spanish flu and the Great Depression before 1945. But this might be the first where everything has been chronicled in such unending, unrelenting detail across ever-evolving presentation methods, culminating in 2020 – an exhausting year full of chaotic news stories, many of which continued into 2021.

Coronavirus had begun to mutate into new versions in late 2020, and this continued in 2021. The Alpha variant first discovered in England became the world’s dominant version, then came the Delta variant, wreaking a destructive initial wave in India before spreading worldwide, while 2021 ends with Omicron. In less than a month, this highly infectious variant went from a few cases in a few Southern African countries to being the worldwide dominant version.

We are still no closer to eradicating or controlling the thing, and the rise of Omicron hints living with it and moving on might be easier said than done. Many want this, and it’s hard to blame them for that, but such is the strange situation now, where it can at times feel like the virus can’t be lived with but where a zero covid strategy is no longer going to work.

The fight against covid has at least produced successful vaccines. Having been synthesised in late 2020, 2021 has seen their mass rollout, with billions of jabs successfully administered worldwide and an effect being seen in reducing hospitalisations and deaths.

However, large areas of the world are still yet to receive these shots, amid very valid accusations the global north is hogging them – not least when even more shots were rolled out for boosters.

Not helping are anti-vaxxers. Anti-vaccine hysteria has been a thing for years, gaining modern mainstream traction through the discredited theories of Andrew Wakefield about the MMR jab. But the vaccine tied in to general covid conspiracies, fuelled by political movements willing to fuel the fire for god knows what, and the sad postscript where too many people have found out too late that not every self-styled alternative news source has the answers.

There is a legitimate question on whether vaccines alone are the answer. The vaccines limit risk of death or serious illness, and this is still extremely useful, but high covid rates have meant the jabs are at the limit of their ability to control transmission, with some scientists having said controlling covid needs other things on top to help, met in turn with a backlash that enough already has been. done

Following another exhausting pandemic year, it’s not hard to think that the longer this continues, more extreme positions on the situation that would never have been widely accepted at the start will be seen as common sense calls.

Covid’s effects on the global economy, meanwhile, have been different to expected. Shutting everything down damaged the economy and we are still with a smaller economy than in 2019. But as things re-opened in the second half of the year, problems got more fluid in a way not necessarily predicted. 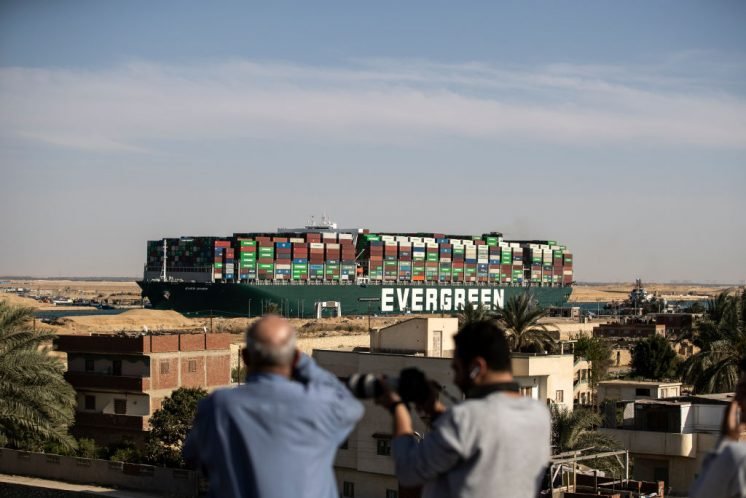 Later in the year, random unavailability of products as part of a covid-induced supply chain crisis exacerbated by local factors slowed the recovery down even before Omicron. All over the world, issues with resources, supply chains, energy generation and product availability became commonplace, followed by huge rises in inflation.

Climate change still somehow feels like a background threat, even after summer in the northern hemisphere was loaded with extreme weather events. Floods, wildfires, heatwaves and similarly miserable things regularly happened across North America, Europe and Asia, to the point where extreme weather no longer feels extraordinary.

Urgency to do something about this should be growing. But the UN’s COP26 climate change summit in Scotland didn’t give that impression. The agreement had some merits, but the watered down final product feels like it didn’t go far enough, ducking some big choices and giving the impression COP26 did the bare minimum.

One other story of 2021 might be a messy year for the United States of America.

America’s year started with chaos, when supporters of outgoing President Donald Trump raided the US Capitol to try and disrupt an event to confirm Trump lost in a borderline coup d’etat. 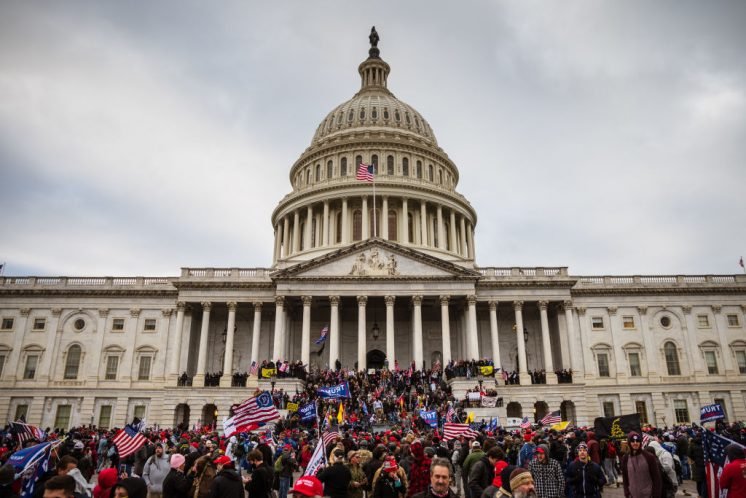 That failed, but the hangover of it has been present throughout the year. Also present is the questionable behaviour of the post-Trump Republican Party, which has moved to keep Trump supporters onside by acting in an extreme manner on things from voting rights to abortion rights to just Tweeting general threats towards Democrats. Some qualities tie in to around 50-60 years of this behaviour by US conservatives, but it certainly seemed to step up a gear and will likely run further ahead of 2022’s midterm elections.

The Democrats, meanwhile, seem to have frozen in the spotlight. Joe Biden was initially warmly welcomed as President, but has had an awkward 2021. The rushed ending in Afghanistan was the cue for people to get annoyed with him, while the economic issues and struggles to get his progressive agenda to happen haven’t helped.

The rest of the world has still been chaotic. Russian sabre rattling over Ukraine, China’s interest in Taiwan, a surprise winner of the German elections as Angela Merkel said goodbye, the messy build up to next year’s French and Brazilian elections and other global chaos all played out, all while everyone still struggles to adjust to that damn pandemic.

In the UK, a strange year saw the government experience highs but end on a low. At one point, the Tories enjoyed an enormous advantage courtesy of a “vaccine bounce” as restrictions were eased, with some talking up Prime Minister Boris Johnson to reign for longer than even Margaret Thatcher’s 11 year stint.

But a pile-up of allegations over second jobs and lockdown breaking parties across 2020 demolished the government’s reputation, culminating in by-election losses in safe seats as questions emerge over the post-Brexit strategy and the signature “levelling up” policy. Many now think Johnson will be lucky to even get to the next election, with the drama still crowding out the Tory party’s questionable record since coming to office in 2010 and some new dubious legislation on immigration, nationality, citizenship and policing protests currently in the works. 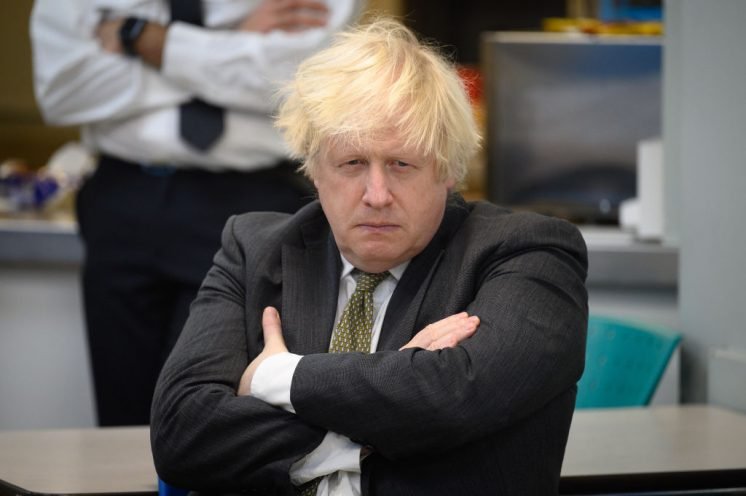 Little wonder many seek refuge in entertainment. The re-opening of cinemas saw people given a lot of repeatedly postponed films shot in 2019 with darker hues or excessive nostalgia, while the return of concerts saw some acts limited by travel restrictions, plus the adventure sport of trying not to get covid at these events.

In sport, tennis received a new superstar as British teenager Emma Raducanu won the US Open. Formula 1 had a magnificent season with several excellent races, even if many were upset with the mechanics of how Max Verstappen won his first world championship on the final lap of the season.

The biggest sport event of 2021 was the Olympics, played out amidst athlete covid cases, empty stadiums in a state of emergency and a sense that Japan had ended paying billions for something they couldn’t fully get into. This isn’t to downplay the achievements of the thousands of gold medal winners, many of whom deserved the spotlight, plus it provides a great spotlight to under-covered sports – even moreso when the Paralympics come around – but it very much couldn’t feel like the great show it could’ve been.

British cricket was meanwhile bogged down by a major racism scandal that engulfed several teams and stars, while football was as much in 2021 about off pitch actions. The return of fans was a justified good thing to celebrate, but there was also the European Super League debacle, FIFA’s attempts to add more World Cups, UEFA making attempts to undercut FIFA and the clubs, and a sense everyone is trying to remake the calendar in their image.

Even the biggest football night of the year in the UK became about off-pitch stuff. England reached the final of the delayed European Championships, which turned out to be a better tournament than expected both in general and for the Three Lions. Italy won the final on penalties, but the game is as much remembered now for off pitch stuff. 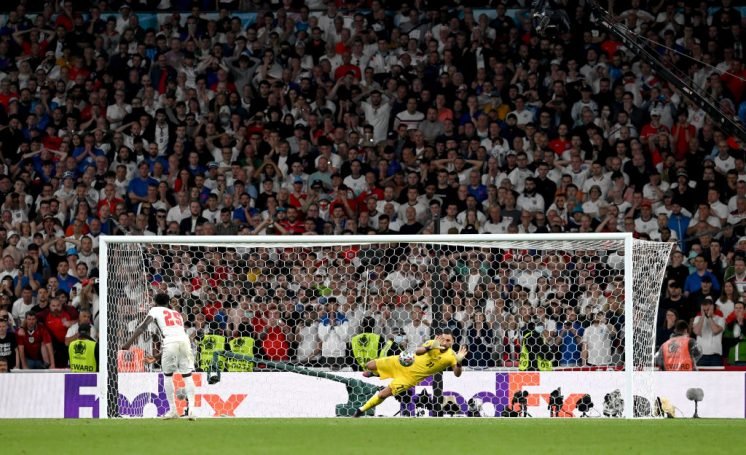 There was the man with a flare up his backside representing pre-game crowd trouble to a wider audience, thousands of people without tickets gaining access to Wembley, and horrible racist messages sent to 3 black players who missed in the shootout, at the end of a tournament which began with questionable government messaging over booing anti-racism gestures being made by England players.

All of this passed by in a flash, as did everything else and various other stories in a sea of information across every stream. Much of 2021 has, to quote Bo Burnham in his superb Inside special, been “a little bit of everything all of the time”, and keeping up with the news, pop culture, sport and ourselves, better and worse, has felt like a lot.

Well, bits may be better. Further covid medicines and Omicron-specific vaccines are expected by the end of spring, which may help show the way to more progress. Equally, other issues might come up, not least as the economic anxieties caused by the pandemic and rising inflation are going to be more tricky to solve.

One way or another, it’ll be a curious year. With a Winter Olympics, a World Cup, the next part of the pandemic, several unresolved crises and no doubt other curveballs to come, there will unquestionably be far too many things competing for your attention once more. It doesn’t have to show much to be an improvement on 2020 and 2021, but a sign it’ll be better overall would be nice.